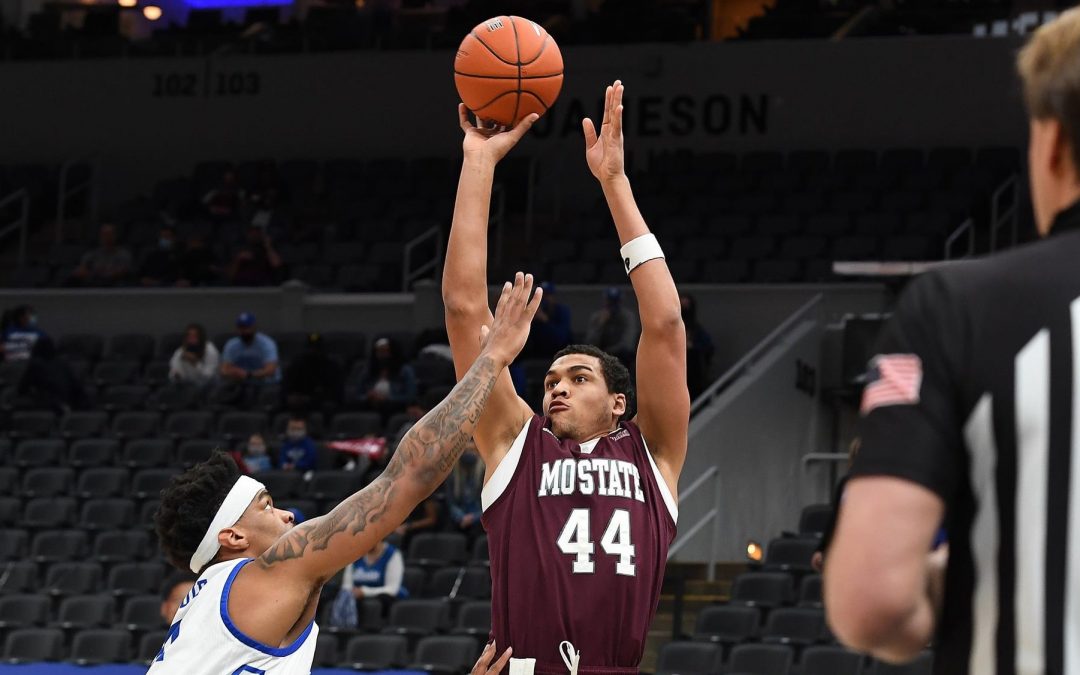 What initially led Gaige Prim to pursue basketball was his parents pushing him to play sports, but since those days in his childhood, he has gone much further than ever imagined.

“It’s definitely been a journey. Thinking back to probably high school, freshman and sophomore year playing on the same team and didn’t get moved up much, and I had a choice to make,” Prim said. “That choice was to either be content with riding the bench, or getting in the gym and getting better.”

Now, as a key player for the Missouri State Bears men’s basketball team, Prim continues to set his goals high. He has modeled much of his game after two NBA greats, Tim Duncan and Hakeem Olajuwon, and has aspirations of going pro himself.

Family is a big motivator for Prim, with his mother especially being a significant source of inspiration for him.

“I’ve seen her work hard through all the years raising me and my brother, and so she inspires me to play basketball,” Prim said.

Now playing Division I basketball, Prim says playing for Missouri State has taught him a lot about leadership both on and off the court.

“I chose Missouri State — this is my home, I love it here — and right when I got here it was straight to work. The NBA isn’t easy. It’s multiple workouts, you have to lift, and my goal coming here was to gain weight.”

Prim made the decision and commitment to reach that goal, starting his days at 4 a.m. for shooting and lifting workouts, plus focusing on his diet to increase muscle.

Then, COVID hit during the season. Prim would play basketball at an outdoor court near where he lived.

The following summer, Prim decided to stay in Springfield to continue improving his game. He shed some weight, allowing him to move faster, and even added the 3-pointer and more mid-range shots to his game, ultimately elevating his play even more.

“You’re going to have a lot of trials and tribulations throughout your life, and if you let those things beat you down, the road is going to keep going,” Prim said. “When tough times do come, you just have to keep pushing through.”

See Prim and the Missouri State Men’s Basketball Team kick off the new year with a matchup at home against Drake on Sunday, Jan. 2 at 7:00 p.m. CT!